Seoulmates is a fun young adult romance sprinkled with k-pop and k-drama references. Susan Lee gave me a glimpse into a Korean American home through this tender love story between two childhood friends who have grown up. A friends to enemies to lovers story, I couldn’t put it down..

This is one of my top romances of 2022! Gonzales’ YA books are charming and this new adult romcom is a delight. Maya’s cheating ex is about to star on a reality dating show and all of his exes are being called together as contestants – including the other woman that helped break Maya’s heart. Sharing a room with her arch-nemesis can only lead to the best revenge plot of all time, right? This has slow burn, hilarious, sapphic joy on every page. Gonzales does a great job with bi representation and she gets better with every book.

This is an absolute gem of a book! Part science-fiction, part romance, Shea Ernshaw delivers another YA novel that is a delight to read. For lovers of stars and post apocalyptic literature!

This debut is a compelling family drama about generational trauma and secrets in a large family of Afghan-Uzbeki immigrants. As Sara deals with the impending divorce of her parents and the slow painful loss of her grandmother to dementia, she begins to see ghostly apparitions in a home her family’s construction company is renovating. Sara gets pulled into a web of family secrets and realizes that even though her family has a strong storytelling tradition, the stories she’s been told her whole life aren’t the whole story. At times creepy, but ultimately redemptive, this story is all about confronting literal and figurative ghosts.

This adorable YA romance told in short stories from six of the best authors out there is just as good as you hope it will be. Where the previous compilation from these folks took place over the same day in the same city in slightly-related stories, Whiteout is linked together in a more up-front way. A group of friends and partners in Atlanta are working to help a couple reconcile during a city-wide snowstorm that has them trapped in cars, airports, trains, and buildings around town. Inclusive, sweet, and funny, this has it all.

I haven’t read very many Graphic Novels, but I highly enjoyed coven! The story was intriguing and I loved the characters and the representation. I also really enjoyed the illustration style. It was eye-catching and detailed. Coven is a perfect witchy, fall read. 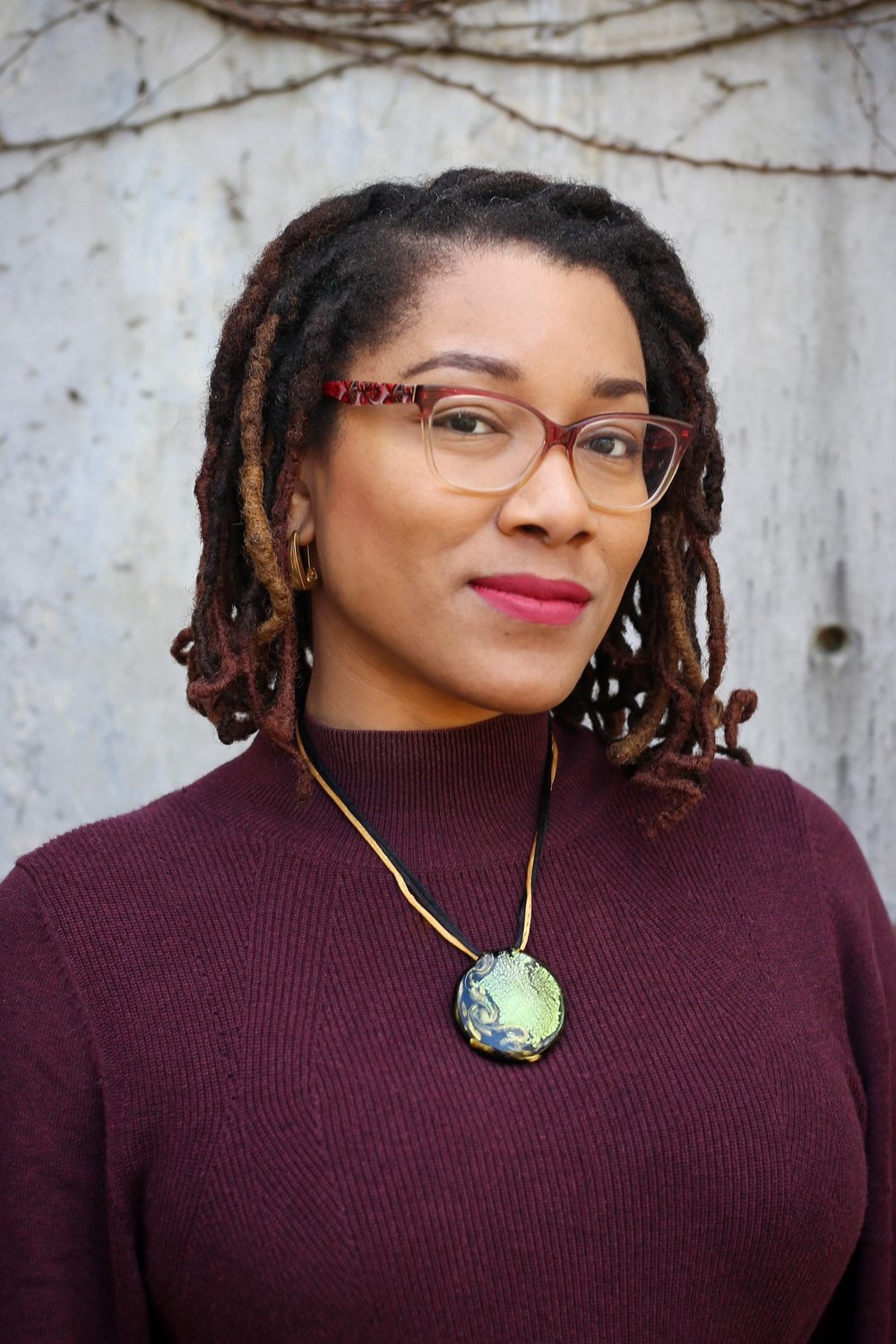 “Legendborn digs into what it means to be the only in a room. In the United States, we’re still in situations where Black students find themselves in a room and being the only Black person. The book that I wrote is about engaging with, deeply understanding, analyzing, holding on to, [and] reshaping your own Blackness in spaces where it’s being challenged or dismissed by other people.

The other theme that I wanted to really engage with is like the types of stories and the type of people that become legendary. Growing up in North Carolina [and] going to [the University of North Carolina at Chapel Hill], [the Confederate monument] Silent Sam was up the entire time I was a student there and was the specter of a certain type of racism. How do these things become memorialized and legendary, and Black American people, whose ancestors were enslaved, get put in a position of absence of knowledge? ” ―Tracy Deonn, Interview, Shondaland 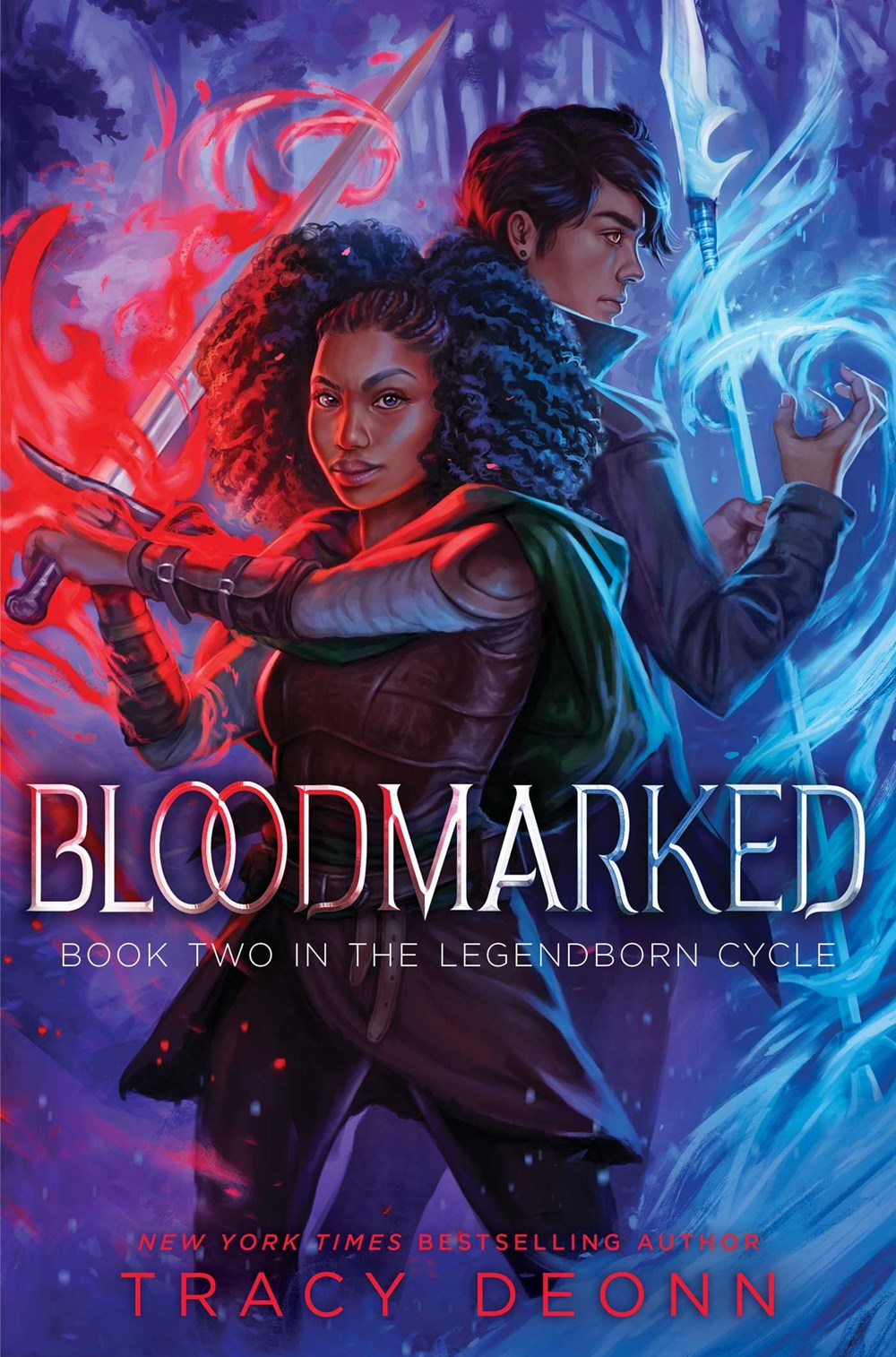 What booksellers are saying about Bloodmarked

Tracy Deonn is the New York Times bestselling and Coretta Scott King – John Steptoe Award–winning author of Legendborn, and a second-generation fangirl. She grew up in central North Carolina, where she devoured fantasy books and Southern food in equal measure. After earning her bachelor’s and master’s degrees in communication and performance studies from the University of North Carolina at Chapel Hill, Tracy worked in live theater, video game production, and K–12 education. When she’s not writing, Tracy speaks on panels at science fiction and fantasy conventions, reads fanfic, arranges puppy playdates, and keeps an eye out for ginger-flavored everything. She can be found on Twitter at @TracyDeonn and at TracyDeonn.com.

I thoroughly enjoyed how Alessa came into her own as a Finestra too powerful for a single Fonte. The question posed in the book and in this [and our] society: what it means to be selfish and selfless. Is a hero the selfish Ghiotte, or the selfless Finestra, and is the balance necessary to be able to give your best? Can’t wait to see how the next book addresses this! Dante (and Alessa & his banter!) is just the best and I’m anxious to see what happens to him in #2

Newsflash: Lynn Painter is The Queen of the YA rom-com! She has grabbed a hold of this reader’s heart and will not let go. The Do-Over brings us Emilie Hornby, an over-achieving people pleasure who is ready for The Perfect Valentines Day. She has her checklist ready to seize her perfectly planned agenda. Things get off to a rocky start when she wrecks her car on the way to school and has to bum a ride with broody Nick Stark, her chemistry partner. Her day goes off the rails when she spots her perfect-on-paper boyfriend kissing another girl. The nerve! The only thing that could make this day worse is to have to re-live it….and the next morning she wakes up to another Valentine’s Day and so it goes. I enjoyed Lynn’s signature witty banter and sweet love story. The Do-Over will be perfect for any YA Rom Com reader and fans of closed-door romances.

The Insomniacs combines the mystery of amnesia with the thrill of a reignited friendship. Ingrid, the main character, works to figure out what she’s missing and how to solve her sudden insomnia in this twisting story. Vance, her best friend from years ago, reconnects. An intriguing read with an unexpected ending. This book explores the uncertainty and depth of relationships along with trauma. In the setting of a high schooler’s life. Overall, a super interesting read!

This dark, twisty fantasy makes the monsters that roam the forest seem to jump straight off the page! I loved the journeys the characters took and this should immediately be given to anyone looking for a fantasy that is filled with tension, intrigue, a little romance, and just overall creepiness. I will be waiting on the edge of my seat for the second book!

We all know the story of the little mermaid who fell in love with a prince, made a deal with a sea witch and needs a kiss so she can remain a human. However, what do we know about the handsome prince? What is his part of this story? In the Prince of Song and Sea, Lindsey Miller shows you the life of Prince Eric. His friends, his adventures, and his curse. If you loved Littler Mermaid, you will be delighted to read Prince of Song and Sea with its familiar storyline, recognizable characters, and a deeper dive into a well-loved story.

What an incredible book! Giles rachets up the tension immediately in this story of paradise gone wrong. The staff and families living at Karloff County’s most famous resort are living happily in harmony until people start to vanish without a trace. As the world outside starts to crumble, young Jay and his friends try to find a way to get themselves and their loved ones to safety – whatever that may mean.

When I say I inhaled this book…Edie and Violet are twins. And mediums like their mother was. When they were forced between being institutionalized in an 1880s asylum and leaving in the dead of the night, they of course chose to run. And they joined a traveling Spiritualist show—a group of women who buck the oppressive treatment of females (which unfortunately we’re feeling again ??) by hiding their real talents (like oration, doctoring, etc) under the pretense of trances where they commune with spirits. The turn-of-the-century Spiritualism movement has always been a fascination of mine and the sister bond between Edie and Violet is wonderful. Sometimes I wanted to shake some sense into Edie when she treats Violet more like a little sister but of course that added to the suspense & tension. The romance between Edie and Laws was perfect. It didn’t take over the story nor read weird with the feminist vibes.