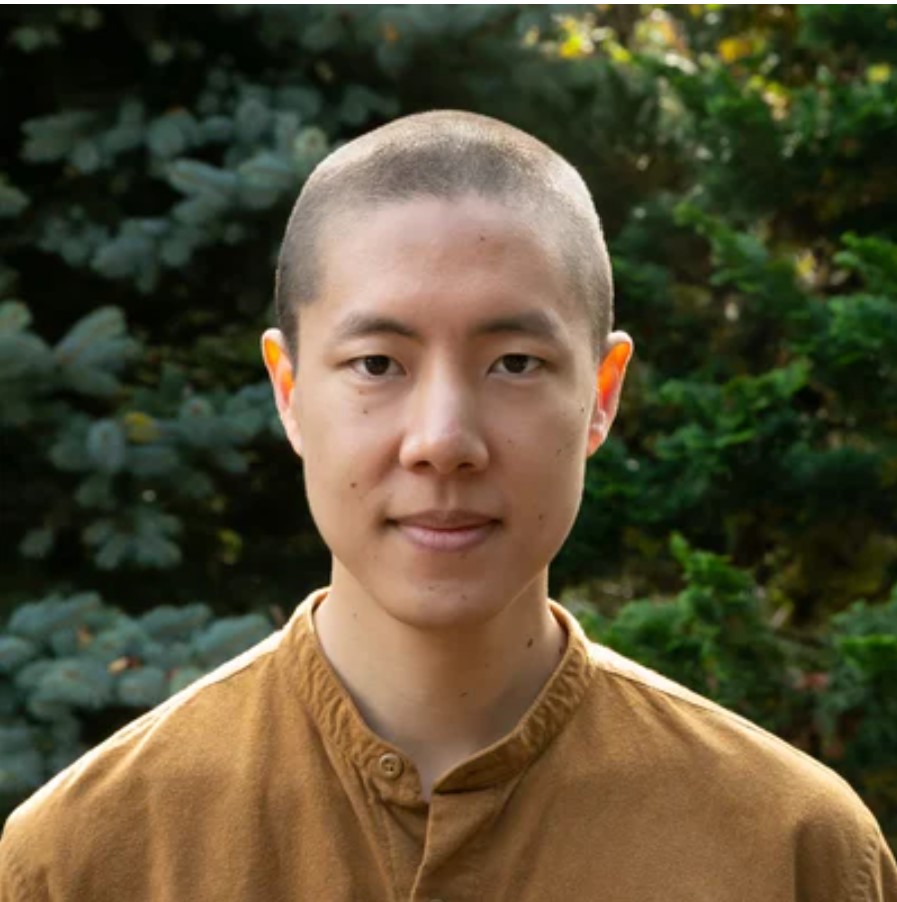 “More and more I believe that in the face of a political situation or in the face of an emergency, you have to ask the questions, ‘Which side are you on? Where do I stand in relation to this?’And at the exact same time, ultimately, there are no sides.” ―Ryan Lee Wong, Interview, Los Angeles Times 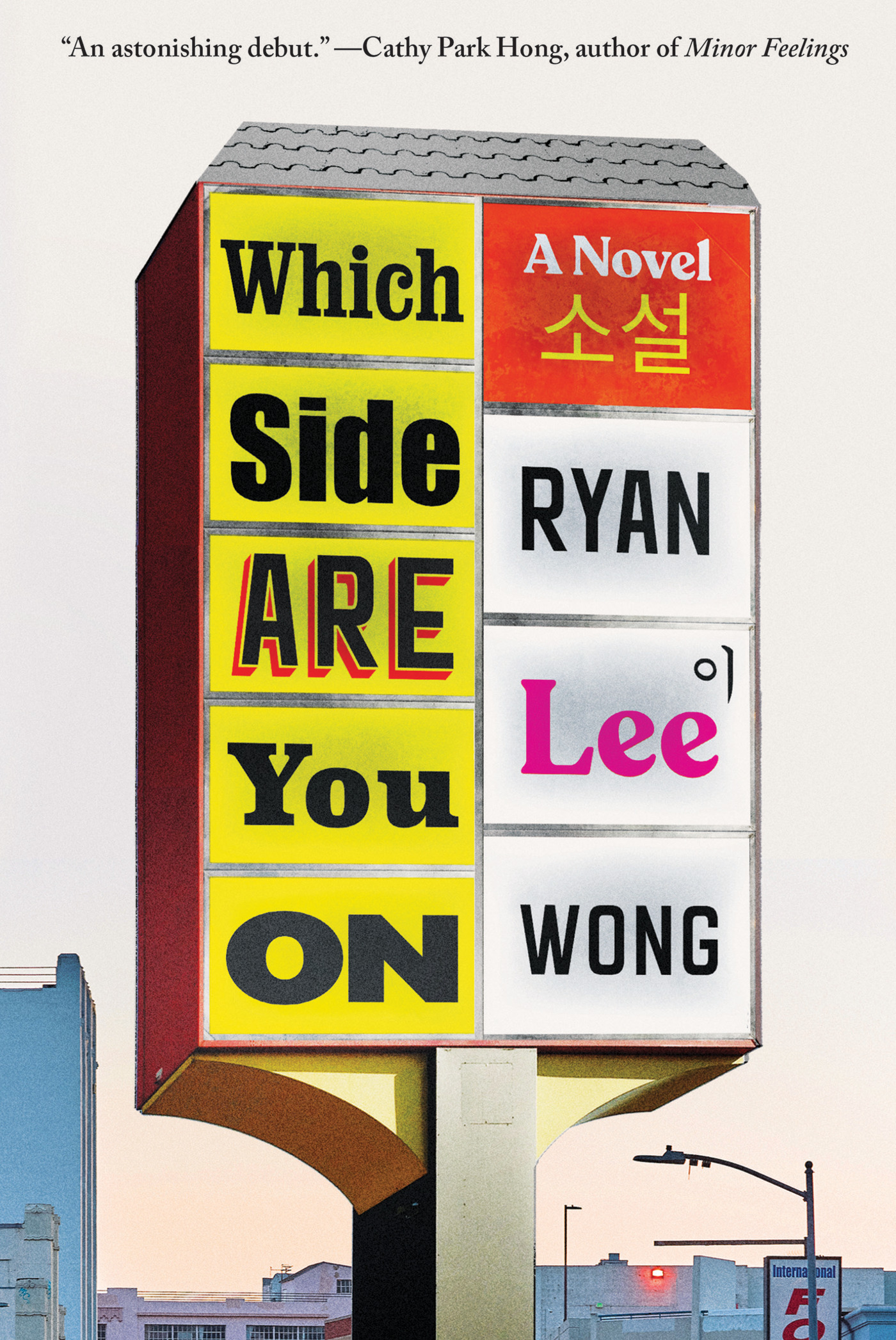 What booksellers are saying about Which Side Are You On?

Ryan Lee Wong was born and raised in Los Angeles, lived for two years at Ancestral Heart Zen Temple, and currently lives in Brooklyn, where he is the administrative director of Brooklyn Zen Center. Previously, he served as program director for the Asian American Writers’ Workshop and managing director of Kundiman. He has organized exhibitions and written extensively on the Asian American movements of the 1970s. He holds an MFA in fiction from Rutgers University–Newark. Which Side Are You On is his first book.

An October 2022 Read This Next! Title

Which Side Are You On is a dialogue-heavy book with prose that is sharp, thought-provoking, and humorous at times. The reader sees the subjects of race, policing, politics, & privilege through the eyes of a young activist as he pries into his parents’ own personal history of activism in their younger days. Filled with interesting anecdotes and hard-learned lessons, this book shows that sometimes personal growth is best attained through deep conversation and self-reflection.

An October 2022 Read This Next! Title

Oh, I hope and pray this is the runaway blockbuster of the year, as it deserves to be. Dystopian, centered around concept the US government can re-home children on the basis of anonymous reports of seditious parental behavior. One woman uses poetry to combat this, and the rampant anti-Asian hate that is taking over society. With hero librarians behind the scenes attempting to keep fractured family ties documented – SO MUCH LOVE FOR THIS. ALL OF THIS. I AM SO HERE FOR IT. Celeste Ng is now officially a literary force. I’m calling Our Missing Hearts my one and only official book recommendation of 2022 – no others will come close.

A September 2022 Read This Next! Title

The Duong sisters are cursed. It all started with their ancestor Oanh, who defied tradition and left her husband for true love, and in turn, was cursed that her descendants would all be female, and none of them would ever experience love. Now, living in Orange County’s Little Saigon, the current descendant Mai is desperate for anything to break this curse, so she visits a trusty psychic who flips her world upside down. With many narrators, whip-smart humor, and at the center of it all family healing, this is a perfect Summer read.

Tokyo Dreaming is a breathtaking story that is so vividly written you will feel like you are walking next to Izumi as she navigates imperial life. Izumi has overcome so many challenges since discovering that her father is the Crown Prince Makotonomiya Toshihito of Japan. The transition from normal small town girl to Imperial princess has been difficult. Now Izumi’s mom has joined her in Japan, and they are living the happy family life that Izumi always dreamed of with her father. When Izumi’s father proposes to her mom, everyone is thrilled for the life that is to come. Everyone, except the Imperial council who has their doubts about the match. Izumi decides she will do whatever it takes to make sure her mom and dad have their happily ever after. But what will it cost her? Her future happiest, her friends, or even the true love of her life. Tokyo Dreaming continues the story that began with Tokyo Ever After. Perfect for fans of Sarah Kuhn’s I love you so Mochi, Katherine McGee’s American Royal, or Meg Cabot’s Princess Diaries.

Ahmed masterfully weaves together so many difficult topics that it’s hard to say what this book is about in any concise way. It’s painful, it’s beautiful, it’s haunting. It shines a light on horrific topics with sensitivity and grace and does so through the lens of two characters that are some of the most realistic I have ever had the pleasure of reading. Safiya didn’t really know Jawad, and she still felt the pain of his loss deeply. Upon finishing this book, I too feel his loss as if I knew him. I cannot remember ever reading a book so impactful, so relevant, and so emotionally gripping. If I had my way, everyone would read this book

This collection is like a candy bag of sweets that will delight you with bright colors, textures, flavors, and then wash over you with strange childhood nostalgia and pucker the sore parts of your cheeks. Swinging from trivialities like ad jingles and jumping on trampolines to deep observations about love, family, and identity, these poems are able to sweep the highs and lows, silly and serious into folded notes you can keep in your pockets like confetti for all occasions.

Reviewed by Julie Jarema from Avid Bookshop in Athens, Georgia

An April Read This Next! Book

Nothing short of beautiful. Fresh feeling poems populated with violence, the roadside, love, and what endures. Where war and tragedy and trauma persists, so do the bold spirit in each of these poems, unafraid to look back be tender. What I found most compelling in Time Is a Mother was the rhythm, dilating and breathing one moment, rapid and pulsing the next, capturing the flow of relative time the way only a voice like Vuong’s can.

I picked up this book because 1. it has a full moon on the cover. I’m a complete sucker for a moon and as I have yet to be steered wrong by this, it will continue to be an indicator of a great story to me. And 2. I am adoring this retelling trend YA is on right now. Romeo and Juliet meets Chinese mythology had me swiftly plucking this from the arc box. Other favorite motifs include: unearthly fireflies, a mysterious and magical book, & unexplainable “natural” happenings. The romance between Luna and Hunter is so sweet and swoon-worthy and doesn’t veer outside the plot (which is a pet peeve of mine).The story takes place in the early 90s which I forget until someone mentions a windbreaker, lol. I learned SO MUCH about Chinese versus Taiwanese culture–I never knew there was/is an identity issue and found it fascinating as Pan expertly weaves it into the Romeo & Juliet narrative. And speaking of R&J, the closer I got to the ending, the more anxious I was about how close to the play Pan would go. No spoilers here, but the ending is chef’s kiss.

This beautiful character-driven book set in the American Midwest covers many contemporary topics like racism, fracking, sexual harassment, and the immigrant experience. I loved the messy protagonist Elinor Hanson, a Korean American who grew up in South Dakota. A former model with a new career later in life as a journalist, Elinor has baggage that needs unpacking so badly her clothes are spilling out of her metaphorical suitcase at a rapid pace. Korean American author Jung Yun has written a fantastic novel in O Beautiful that surprised me over and over, especially by book’s end.

Part mystery, part family drama, with a dash of romance, The Tiger Mom’s Tale is a story of two times. Lexa is grieving the death of her biological father, whom she only met once as a teen in Taiwan. Told through flashbacks of that ill-fated meeting, we revisit with Lexa the days spent meeting her father, biological sister, stepmother, and extended family, and the impact it had not only on her life but those closest to her. An impactful story about the power of family and connections.

Linda Rui Feng pulls you in with the intertwined stories of four individuals starting during China’s Cultural Revolution in the 60’s and ending up in America in the 80’s. You will love these characters and be moved by the storytelling in this engrossing debut.

Think Weekend at Bernie’s but filled with hilarious, amazing, and brazen Chinese-Indonesian Aunties. I LOVED this book. Like, deep love. Like help dispose of a body and cover up a murder love. Dial A for Aunties is funny and outrageous and, surprisingly, romantic. If your family drives you crazy, but would also drive with a dead body in their trunk for you, then maybe you should cut them some slack and appreciate them. 😉

Lila has moved back home and is living with her Filipino family after a bad breakup. She’s also come back to help with the family’s restaurant. But when the local fool critic has never met a dish about which he had something nice to say passes out in his food at the restaurant and later dies, Lila’s the number one suspect. I love cozies and this was a nice, new addition to the genre with some Filipino flair! I loved the characters and look forward to reading more!

In Last Night at the Telegraph Club, Lily Hu and Kath Miller are gorgeously rendered against the glittering backdrop of San Francisco, escaping into the night for The Telegraph Club where they find themselves staring down a sort of freedom that they know they cannot leave behind. From the very first page, this is a novel that feels so incredibly full and rich with historical details and simmers with yearning and tension I simply could not put it down. Delving into the realities of 1950’s Chinese America identity, queer culture, McCarthyism & women in STEM, Lo has crafted a historical fiction novel of the absolute highest caliber.